For some years now we have all been told that we have to be active on Social Media.

This is certainly true however it's important to discern exactly which networks are going to position your organisation best and which are going to be a drain on resources. 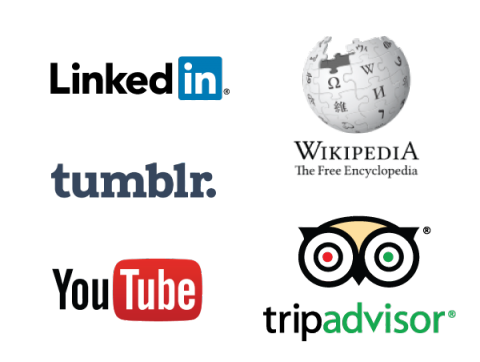 It's widely believed that Facebook is the king of B2C (Business to Consumer) in the social media world, with a staggering amount of people on the planet signed up, can anyone afford not to have a presence there? Probably not! The real question is how much of a presence do you need there?

Twitter is the first social channel people check for news and the fastest platform to break news and share content. Twitter's customer support features now offer easier ways for businesses to provide support to their customers.

LinkedIn is now creditted as the most effective social platform for B2B however with full CV disclosure, it is important to be discerning about who to add to your contacts.

Instagram is a powerful brand building tool that requires strategic planning to be used as a marketing tool however if you have beautiful visual content, this is a great platform to share it.

To tap in to a female audience, as of 2017 42% of all women who are active online use Pinterest while SnapChat has the lion's share of young people as it's user base with 60% under 24.

There are so many useful, both widespread and niche platforms out there such as YouTube, LinkedIn, Reddit, TripAdvisor, Tumblr. and Etsy. New platforms enter the market each year often with varying levels of success. One to watch for 2018 is Polyvore, a site which in 2017 generated the highest amount of orders of a high value.

We can help you figure out exactly which channels to focus on by using a tried and tested, measured approach so please get in touch to discuss a social media plan that will work for you.

There are some things you can't share without ending up liking each other.

December 2020 Picks of the Month

Our favourite festive design projects of the year

Draft Brexit deal: how it could affect designers and creative businesses

How design can help us talk about taboo topics

We would love to hear from you, please get in touch
with us :